German architect Ole Scheeren has been transforming Asian skylines with his signature geometric style for over a decade. From the gravity-defying CCTV tower in Beijing to The Interlace in Singapore -- which was awarded World Building of the Year 2015 - Scheeren likes to challenge traditional notions of what constitutes a skyscraper.

The design combines the entire process of TV-making, formerly scattered in various locations across the city, into a loop of interconnected activities.The building is visible from most of Beijing; it sometimes comes across as big and sometimes small, from some angles strong and from others soft. 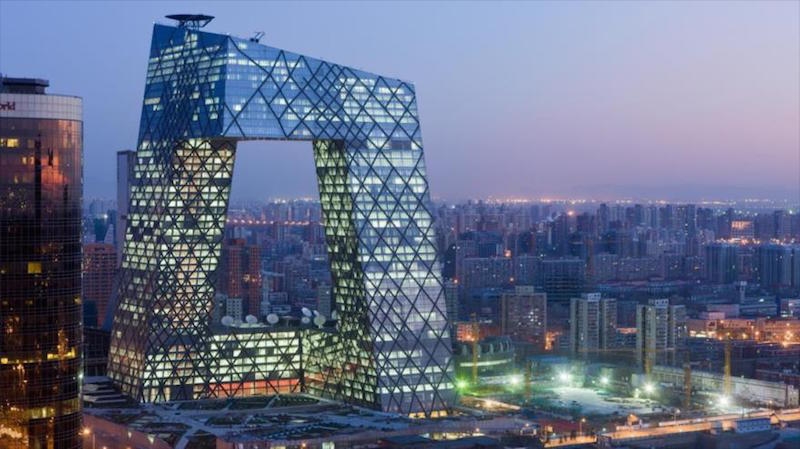 The Interlace is located on an elevated eight-hectare site, bounded by Alexandra Road and the Ayer Rajah Expressway, amidst the verdant Southern Ridges of Singapore. With about 170,000m2 of gross floor area, the development will provide 1,040 apartment units of varying sizes with extensive outdoor spaces and landscaping. The site completes a green belt that stretches between Kent Ridge, Telok Blangah Hill and Mount Faber Parks. Ole Scheeren’s design for the 60,000 square meter complex in Berlin presents a contemporary counterpart to the historic Axel Springer Tower and an expressive vision for a new collaborative space and identity for the digital media company.

The architecture reflects the symbolic resonance with the city’s urban context. The historically charged site is located along the edge of the former Berlin Wall, which once divided the city and the world, directly opposite the existing Axel Springer Tower, then rising defiantly above the Wall. MahaNakhon tower became the new tallest building in Thailand and an instant landmark on the Bangkok skyline. The unique shape of the tower began with adhering to a required setback line angling inward from the property line as elevation increases, requiring the top of MahaNakhon to be cut away on the east side. This planning requirement in part inspired the “pixelation” of the tower’s exterior, leaving an impressive 30 percent of the tower’s floor plates in cantilever. This required the perimeter columns to change positions at specific points throughout the height of the building with load transfers performed through a robust core and outrigger structural system. The design opens up the tower’s inert shaft to embrace both city and nature in a three-dimensional sculpture, which projects the space of living outwards into the surrounding context. located on the canadian city’s main avenue, the tower, developed by bosa properties, stands as a new beacon at the gateway to vancouver and forms an urban pivot strategically positioned where the city grid fragments. 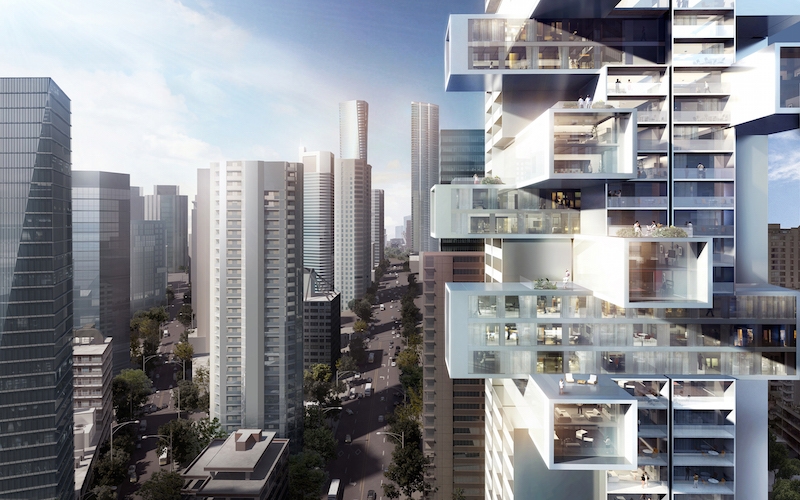 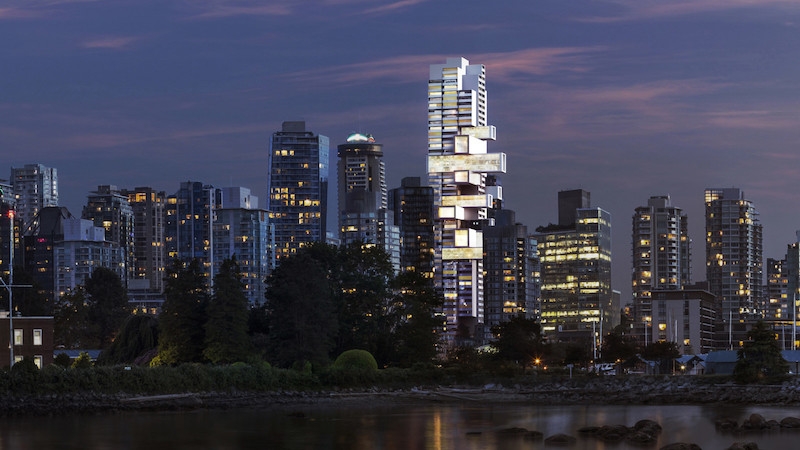 The Archipelago Cinema isn't the first open-air floating cinema that's ever existed, but it's certainly the most beautifully situated.

German architect Ole Scheeren, who designed the venue, said he wanted to create, "a sense of temporality, randomness, almost like driftwood. Or maybe something more architectural: Modular pieces, loosely assembled, like a group of little islands that congregate to form an auditorium." 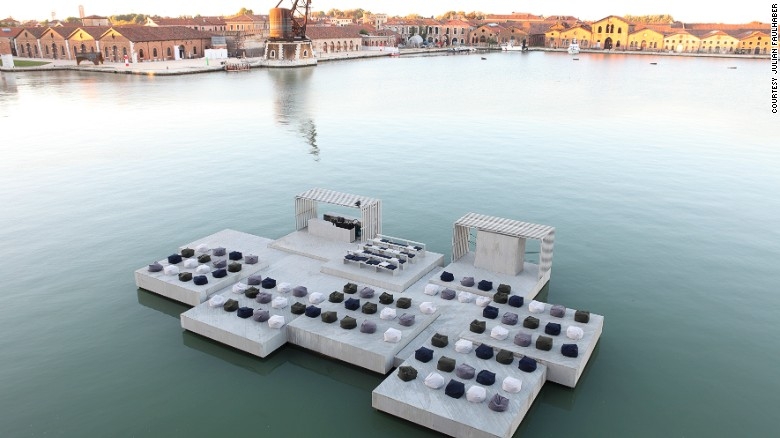 The complex has been configured to form a new hybrid institution that serves as a museum, event space, and cultural lifestyle center.

Embedded within the historic fabric of central beijing, the ‘pixelated’ volumes of the lower part of the building subtly refer to the adjacent urban fabric, echoing the grain, color and intricate scale of the city’s hutongs, while the upper portion responds to the larger scale of the surrounding contemporary city. this floating ‘ring’ forms an inner courtyard to the building and further resonates with the prevalent typology of the courtyard houses in beijing. 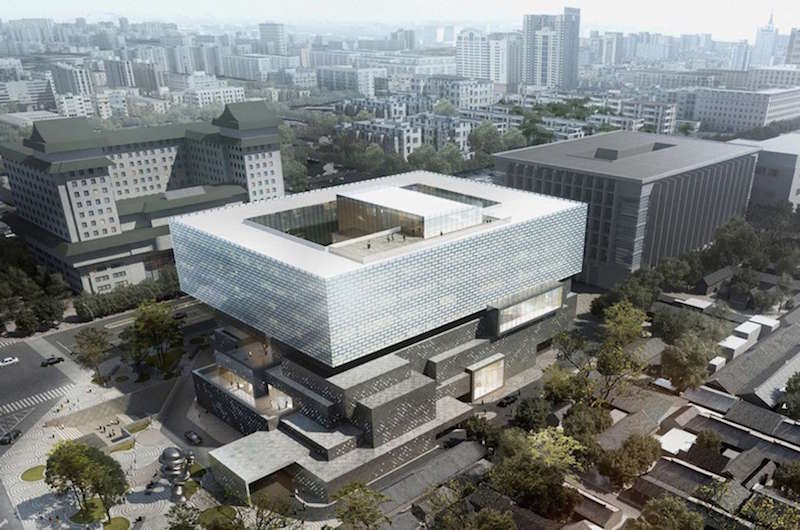 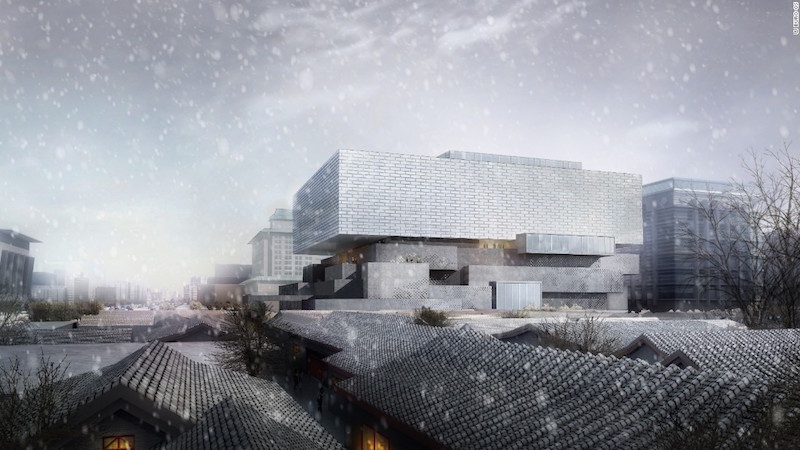 The design for this Malaysian-Singaporean joint venture actively engages the space of the surrounding city to form a new civic nucleus in Singapore’s modern metropolis. The two towers are not conceived as autonomous objects, but defined by the spaces they create around them.

Singapore consistently ranks as one of Asia’s most livable cities. However, it is increasingly dominated by isolated individual towers that favor exclusion over social connectivity. The prescribed zoning confronts the project with a dual dilemma: it splits the site into two separate pieces, and leaves large, bulky footprints for the resulting tower envelopes which risk overpowering the surroundings and the intimate scale of the adjacent historic Kampong Glam district. 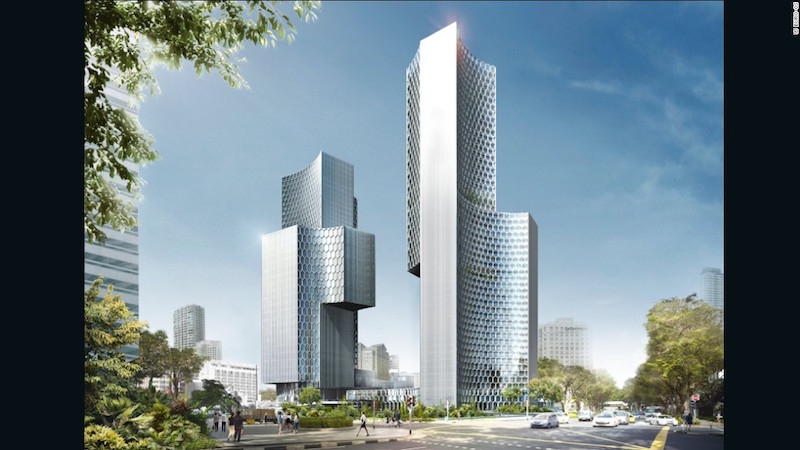 Architect Ole Scheeren has designed a skyscraper for Kuala Lumpur that will have a four-storey-high tropical garden slicing through its middle.The Angkasa Raya tower will be 268 metres high and is to be situated alongside the Petronas Twin Towers, which were the tallest buildings in the world between 1998 and 2004.