Post the Covid-19 outbreak, our nation is still dealing with the aftereffects, the world is still in shock, perhaps not so ready for another virus. Monkeypox though, has raised another cause for concern since it has broken out of west and central Africa into the non-endemic countries.

It might be surprising but Monkeypox is not caused due to monkeys, it was only named after them because they were first identified to be infected with the virus. The first human case was in fact discovered almost a decade later. Monkeypox affects various animals including humans, monkeys, rats, mice and squirrels.

Post this an outbreak in 2003, US had occurred caused by rats that were imported from Ghana to be sold in the United States. Since 2003 the virus has only resurfaced as a cause of concern and community transmission in 2022. First identified in the UK and later in at least 20 other countries in Australia, Middle East, North America and so on.

Monkeypox is a 'zoonotic disease' which means that it can spread from animals to humans and it is also a communicable disease amongst humans. Tropical forest animals like rope squirrels, tree squirrels, Gambian pouched rats, dormice and non-human primates in Central and West Africa are commonly affected by this disease.

Signs and Symptoms of Monkeypox

Typically Monkeypox starts with symptoms like extreme headaches, body and muscle ache, back pain, fever and lethargy. The individual will slowly (within three days) start to develop rashes in the form of lesions and might also have swollen lymph nodes. These lesions are slightly raised and have clear or yellowish fluid in them. These lesions could be a few or could be all over the body. Symptoms are close to the smallpox but majorly different in terms of the rashes.
It lasts from two to four weeks and does not require intensive care but one must avoid the spreading of the virus.

Monkeypox usually resolves without much need for treatment only controlling the symptoms is essential. Mainly taking care of the rash is important. One should ensure that there should be proper dressing and observe the rashes until they dry and cast off for proper care. Avoid touching the eyes or the mouth and rinse repeatedly, using eye drops is also advisable.

Is there a Vaccine Against Monkeypox?

There is no vaccine against monkeypox though to some extent the smallpox vaccine is said to be effective.

What is the current May 2022 Monkeypox Outbreak about?

The Monkeypox has travelled into nearly 20 non-endemic countries and resulted into over 200 cases, though it is currently not a cause of major concern, it is not typical for Monkeypox virus to spread like it is spreading.

What we can do right now is raise as much awareness as possible, that is the role we can play so that people can understand the symptoms and act wisely in stopping the spread.

1) Monkeypox spreads through Monkeys
As mentioned before, it is that it was first identified in monkeys that is is named after them, however it spreads more from rodent wild animals than any other.

3) Monkeypox is caused due to Homosexuals
Absolutely not. Homophobia is increasing with this rumour which is absolutely untrue, the virus is not biased to any kinds of sexual orientations or genders.

Hope that we were able to solve some of your queries and play our part in raising awareness about the virus. 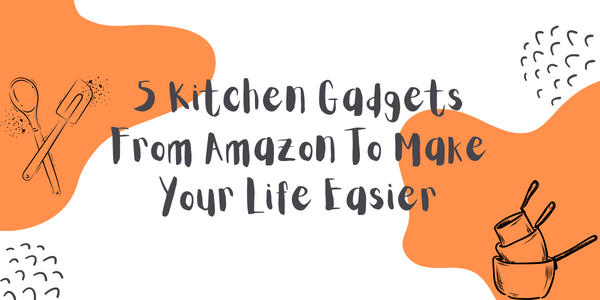 Check out these gadgets we picked to improve your kitchen experience and save time, and they are all available on amazon for cheap.

If you are one of those homeowners that buy furniture and place it where it fits – hold your horses, there is a lot more logic to arranging furniture! When it comes to furniture arrangement, there is definitely more than one way to do things, but that doesn’t mean you can’t make mistakes.