Since all that energy from the holiday season is starting to die down, exhaustion is bound to creep up on you soon enough. However, some might find it difficult to relax when surrounded by too much clutter. And considering it’s the aftermath of the holidays, your home probably looks like it’s seen better days.

Although you’re tired, you must push yourself to get up and remove all the clutter from your house, especially with the year about to end. After all, welcoming the new year while the place is chock-full of stuff might not bode well for you, considering you have little to no room for anything new. While that may sound symbolic, not having space for anything else is an extremely stressful predicament for homeowners.

Before the year ends, here’s how to take care of all the clutter in your home:

Even though you can’t wait to get started, decluttering the house without any preparation will only backfire on you eventually. Because once you get your clutter separated, where will it go next? Are you going to leave them as an organized mess in your home? If that’s not what you have in mind, plan what you’ll do to your clutter. Fortunately, you have plenty of options to choose from.

Throwing them out is a popular choice among homeowners. After all, once your clutter is out of sight, it’s out of mind. While throwing out unwanted stuff is the easiest solution, it’s extremely wasteful to do this when your clutter is still in good condition. But if it’s beyond repair, only then can you dump it at trash disposal sites. Better yet, hire junk removal Ventura CA or another garbage removal service to take it off your hands.

If your clutter is still in decent condition, consider donating it to charity or selling it. Because even though you no longer want it, others will still benefit from your clutter. Charities hold learning centers that teach residents how to perform certain actions, such as baking or cooking. As for selling clutter, there’s no reason to earn money by getting rid of your trash, even a little.

Decluttering isn’t a one-off task that can be easily done for a day. Because unlike deep cleaning the house, decluttering requires you to go through your possessions one by one to decide what to do with them, especially for those who still want to keep some of them. Considering how thorough you’re supposed to be, this may take days—even weeks—to go through everything.

There’s no specific date that everyone’s supposed to follow when decluttering. After all, choosing it depends entirely on how much clutter you have. The more clutter you have, the longer it’ll take. Although the holiday season is one of the busiest times of the year, make room in your schedule for a decluttering day.

Once you have a date, stick to it no matter what. Leaving a raincheck on it repeatedly because you have other tasks lined up won’t do you any good. If anything, all you’re doing is pushing it further and further until the new year is right around the corner. That’s why you must be strict with your schedule and stick to it as best as you can.

On top of all that clutter you’ve collected throughout the year, it’s almost impossible to leave the holiday season free from any unwanted stuff, especially if you held parties back-to-back the entire time. Once the festivities are over, all that’s left are gifts, holiday decorations, and mess. Either way, you’re supposed to clean up all of them before the year ends.

Granted, the thought of throwing away anything related to the holidays might be unimaginable, especially the gifts you’ve received. But just because someone gave it to you doesn’t mean you’re expected to accept all of them. Despite how insensitive it may seem, look at the gifts you got and determine which ones are useful for you or not, even the ones you’re hesitant to keep.

As for holiday decorations, they quickly turn tedious now that the holiday season is over. Since all they’re doing is dampening your home’s interior design, start taking them down for storage. But before you do that, assess their condition and whether or not they can still handle being hidden away, considering the next time they’ll be used is the following year’s holiday season again.

Thoroughness is a quality you must apply when decluttering, especially for those who want a fresh start. But given the size of your house, doing everything all at once in a short time will only end up overwhelming you. Instead, start with small rooms and work your way up.

Typically, bathrooms take up the smallest space in the house. After all, the only thing they do is serve as a place where the homeowner and their residents can handle their ‘business.’ But aside from keeping up with hygiene, this is where all those beauty products gather.

Many often hoard these products for more options. However, keeping three different facial cleansers or four hair masks will fill your bathroom in no time. With so many products in so little space, filter through them and discard the ones you haven’t used or that have expired already. Don’t forget to replace your towels, mats, and other bathroom accessories before the year ends.

Kitchens are a lot trickier. Because considering it’s a space where people gather to cook, all sorts of equipment and ingredients are used to make meals, so you can only imagine how much clutter you’ve accumulated in the kitchen. Start decluttering by reading through your food products to see which ones have already expired. For the ones that get to stay, organize them by category and label each one, even your utensils.

Once you take care of these smaller rooms, leave the biggest ones for last. Storage spaces like the attic or basement often have the most clutter in the house, considering that’s where some homeowners would set aside their things. That thought alone promises a mountain of work, so you must be ready.

People who hold sentimental value above anything else often struggle with decluttering. Because no matter how much space they occupy, these objects have memories that people consider far more vital than a cramped room. But be that as it may, holding onto them will only fill up your house year after year until it reaches the point of discomfort, considering there’s no more space left to give.

Even though every part of you is against it, establish a limit to keep your possessions manageable, regardless of what kind of clutter they are. Determine which ones you’re attached to the most and which you’ve forgotten completely until you see them again. After you’ve chosen, keep them all in a container, preferably a memory box. Granted, you might feel guilty after disposing of most of your precious possessions, but you must realize it’s for your own good in the long run.

Now you’ve identified which ones you’ll keep and which are clutter, separate them based on how you want to get rid of them. After all, some of your unwanted stuff might still be in good condition. It would be a waste to simply throw away all of them.

Depending on your disposal decisions, lay down containers for each one. Ensure that your clutter will fit into them. However, for those who have too much, assign a spot dedicated to that specific disposal method. Mark them with a label to keep them from getting mixed up.

The entire reason you’re decluttering in the first place is to free up space. While decluttering helps reduce the number of things you own, it might not be enough to give the room a makeover. After all, giving your home a fresh look is the goal before the year ends. Otherwise, you might end up feeling just as suffocated as before you decluttered.

Learn ways to manage the things you want to keep. Utilize storage devices such as organizers and shelves to keep everything neat. For those with storage units available in their homes, have a good look at them to re-arrange your possessions to ensure every inch of space is used properly. Look up efficient organization techniques and apply them, especially for organizing wardrobes or cabinets.

Avoid having a ‘just in case’ mentality. For those who own something that’s broken and it’s impossible to find time to repair it, dispose of it. Get rid of objects that haven’t been used for more than a couple of months. Because even if you need that specific object, you’re more likely to forget you have it in the first place, leading to you purchasing another just like it.

The same rule must be applied when living with others. Establish this rule for the entire household so everyone is aware. Get them involved in decluttering to prevent mishaps such as accidentally throwing away their favorite things. Otherwise, you might cause bad blood. Use this opportunity as a bonding moment as you reminisce about the memories each object holds right before the year ends.

With the year just about to end, you might have too many things in your possession. Because given how many months have passed, what started small will only grow in quantity until you’re stuck with a cluttered home. While there’s still time left, start decluttering to welcome the new year with a fresh and spacious home. 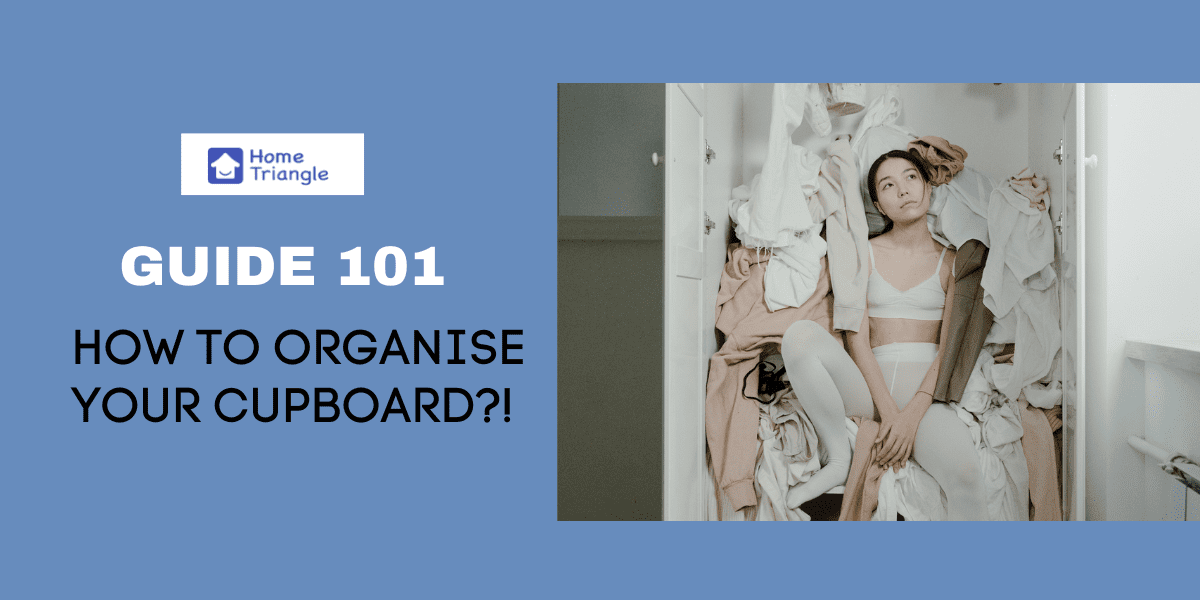 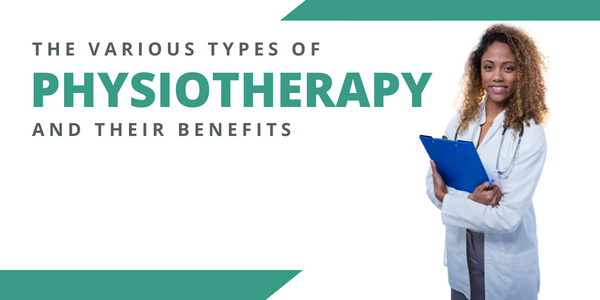 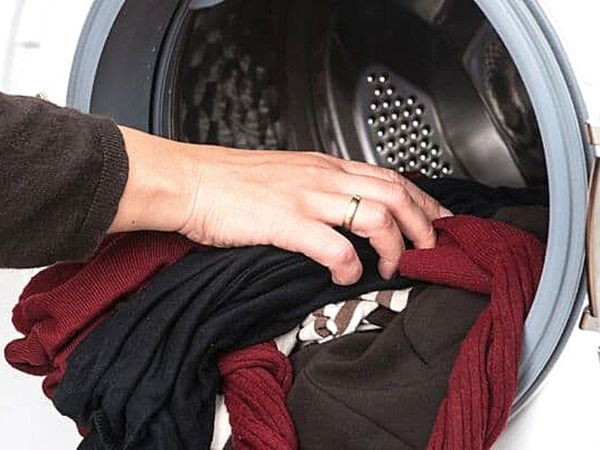